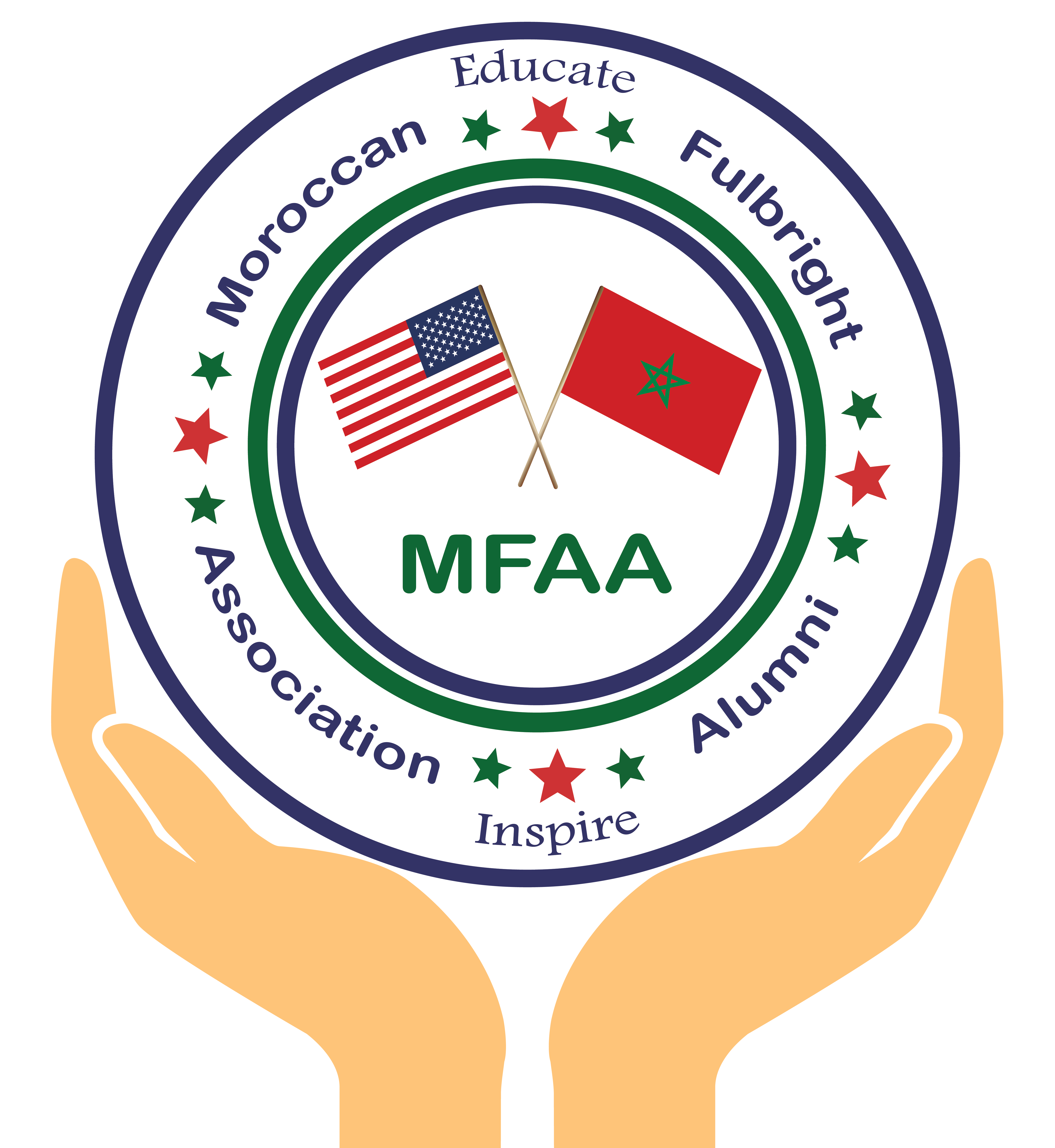 This association is created in conformity with the provisions of the Royal Dahir 1.58.376 of 3 Joumada 1378 (November 15, 1958) and other relevant governmental regulations concerning the creation of associations.

The name of the organization shall be “THE MOROCCAN FULBRIGHT ALUMNI ASSOCIATION”, hereinafter called “The MFAA”. The MFAA is an independent, nonsectarian, nonpartisan, private, nonprofit membership organization of alumni/ae and friends of the Fulbright Program administered by the Moroccan-American Commission for Educational and Cultural Exchange (MACECE).

The registered office of the MFAA shall be: c/o MACECE, 7, Rue Agadir, Rabat10000, Morocco, and can be moved to another address by a decision of the Board of the MFAA, which must be ratified by the General Assembly. The MFAA can have regional chapters.

The objectives of the MFAA are:

In order to fulfill the objectives stated in Article 3 above, the MFAA shall: 1. Convene conferences on issues of importance or benefit to its members. 2. Organize social and volunteer activities for the benefit of present and future Moroccan and international scholars in collaboration with government institutions, community organizations, or NGO’s. 3. Participate in activities organized by Fulbright associations in other countries. The MFAA shall, furthermore, undertake any activities relevant to the fulfillment of the objectives mentioned in Article 3 above. The MFAA shall establish and maintain contact with other associations having objectives similar to its own. All activities shall be open to the public.

Any individual or institution wishing to join the MFAA should apply to the Board.

All applicants for membership must, upon being accepted as members, commit themselves to abide by the regulations of the MFAA.

All MFAA members shall pay an annual membership fee, the rate of which shall be fixed by the Board, and approved by the General Assembly

Any member shall cease to be a member:

Any member who ceases to belong to the MFAA shall cease to enjoy the rights and privileges of membership.

Governing Bodies of the MFAA

The governing bodies of the MFAA are: The General Assembly, the Board, the President, and the Executive Committee as defined below:

2a. The Board: The MFAA is managed by a Board made up of 15 full members elected for three-year terms by the General Assembly. One third of the Board is renewed at every annual General Assembly.

2b. During each annual General Assembly, one third or 5 Board members are elected for three-year terms. Board Positions to be renewed are for members who complete their three-year terms, resign, or cease to be members due to having missed three consecutive board meetings during the previous year. If, for the transition period between 2008 and 2010, the number of board positions up for renewal due to resignation or absence is less that one third (5/15), lots are drawn among current members to designate those who would need to stand for re-election. The Board chooses among its members 6 officers, namely the President, the VicePresident, the General Secretary, the Vice-General Secretary, the Treasurer, and the Vice-Treasurer, and 5 assistants. The Board carries out and authorizes all operations delegated to it by the General Assembly. It shall be specifically responsible for the implementation of policies and decisions, the practical organization of activities, and all financial matters. It shall keep the members informed by all available means of information (website, periodic newsletter, etc). The Board may create ad-hoc committees as the need arises.

A.) The President: He/she represents the MFAA, and speaks on its behalf. He/she is responsible for the proper functioning of the MFAA and ensures that decisions taken by the Board are carried out. He/she is responsible, jointly with the Treasurer, for the financial operations of the Association.

E.) The Treasurer: The Treasurer is in charge of managing all the assets of the MFAA. He/she keeps the accounts on a regular basis and follows proper bookkeeping and financial procedures. He/she has to make a report at the annual meeting.

F.) The Vice-Treasurer: He/she assists and replaces the Treasurer in case of his/her absence.

The General Assembly hears the annual report, discusses the previous year’s activities and accounts, elects the members of the Board during in accordance with articles 4.2a and 4.2b above, and approves honorary memberships.

The Executive Committee meets between Board meetings upon convocation by the President. It meets whenever necessary or urgent.

This constitution may be amended upon proposal of the Board at any annual meeting of the Association by a two-thirds majority of the voting members present. Draft amendments should be included in the annual meeting agenda to be communicated to the members.

The funds of the Association shall consist of membership fees and any contributions or donations from any person or institution in accordance with Moroccan law.

The Association shall not be dissolved, except with the consent of not less than two-thirds of the members present at the meeting. Any motion to disband the Association must be submitted to a General Assembly convened for this purpose.

The Moroccan Fulbright Alumni Association (MFAA) is an independent, non profit membership organization that was founded in 2004 with the aim of connecting Fulbrighters in Morocco and fostering the mutual understanding between Morocco and the United States.

We are reaching out to the wider Fulbright community in Morocco because we seek to create a larger, more robust community of alumni to tap into valuable experience and expertise in our fields.

By joining this group of dedicated Fulbright alumni, you can continue to reflect on your Fulbright experience and innovate new ways to “pay it forward.” The MFAA sponsors an annual conference along with other community engagement events throughout the year to encourage Fulbright alumni to engage with each other and inspire others to apply for the Fulbright experience. MFAA members pay a small annual membership fee of 200 MAD to help support event costs.

Our General Assembly where we will vote for new members to hold leadership positions on the board is happening every end of the year. Our aim is to increase our membership in the MFAA in order to continue to create meaningful opportunities for our fellow Fulbright alumni to create impact and share their knowledge and expertise across communities. We’ll be happy to introduce you to our team and answer any questions that you might have.